Lately progress on my Takua Render project has slowed down a bit, since over this summer I am interning at Dreamworks Animation during weekdays. However, in the evenings and on weekends I am still been working at stuff!

Something that I never got around to doing for no particularly good reason was visualizing my KD-tree implementation. As such, I’ve known for a long time that my KD-tree is suboptimal, but have not actually been able to quickly determine to what degree my KD-tree is inefficient. However, since I now have a number of OpenGL based diagnostic views for Takua Render, I figured I no longer had a good excuse to not visualize my KD-tree. So last night I did just that! Here is what I got for the Stanford Dragon: 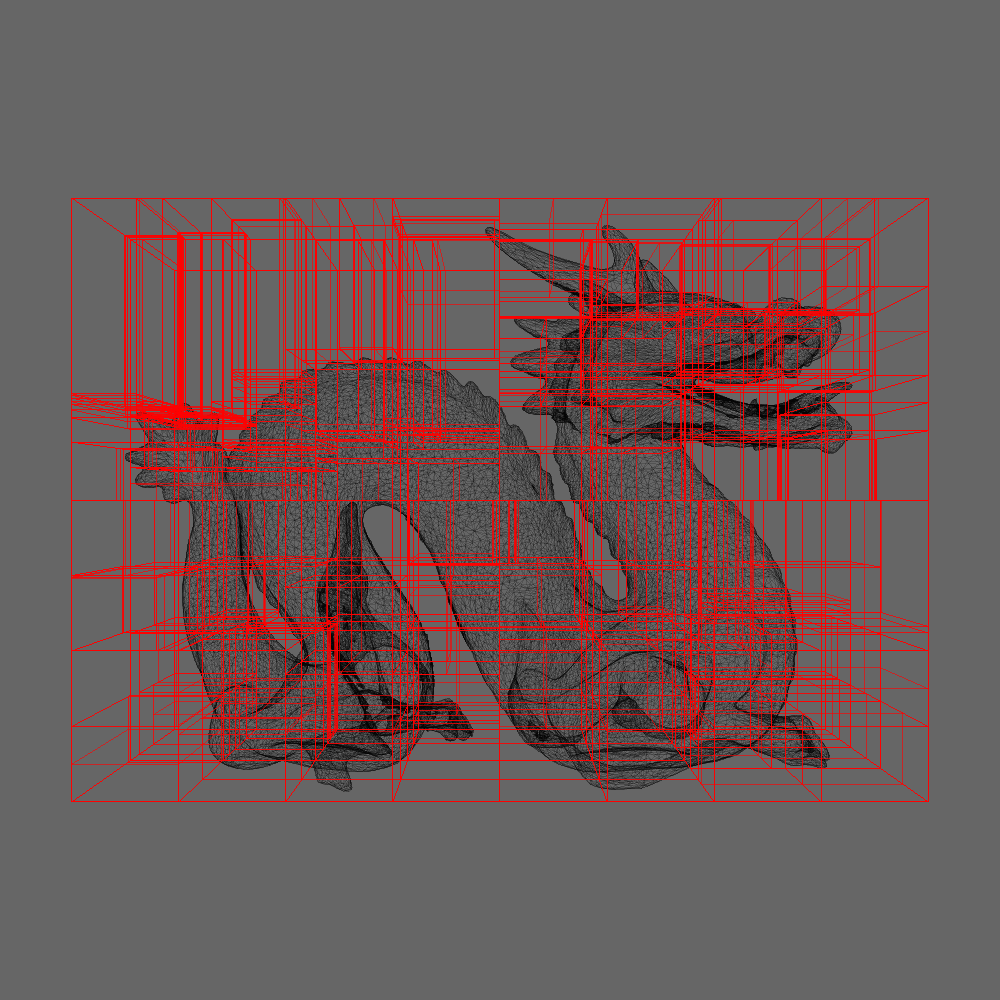 Just as I suspected, my KD-tree implementation was far from perfect. Some rough statistics I had my renderer output told me that even with the KD-tree, the renderer was still performing hundreds to even thousands of intersection tests against meshes. The above image explains why: each of those KD-tree leaf nodes are enormous, and therefore contain an enormous amount of objects! 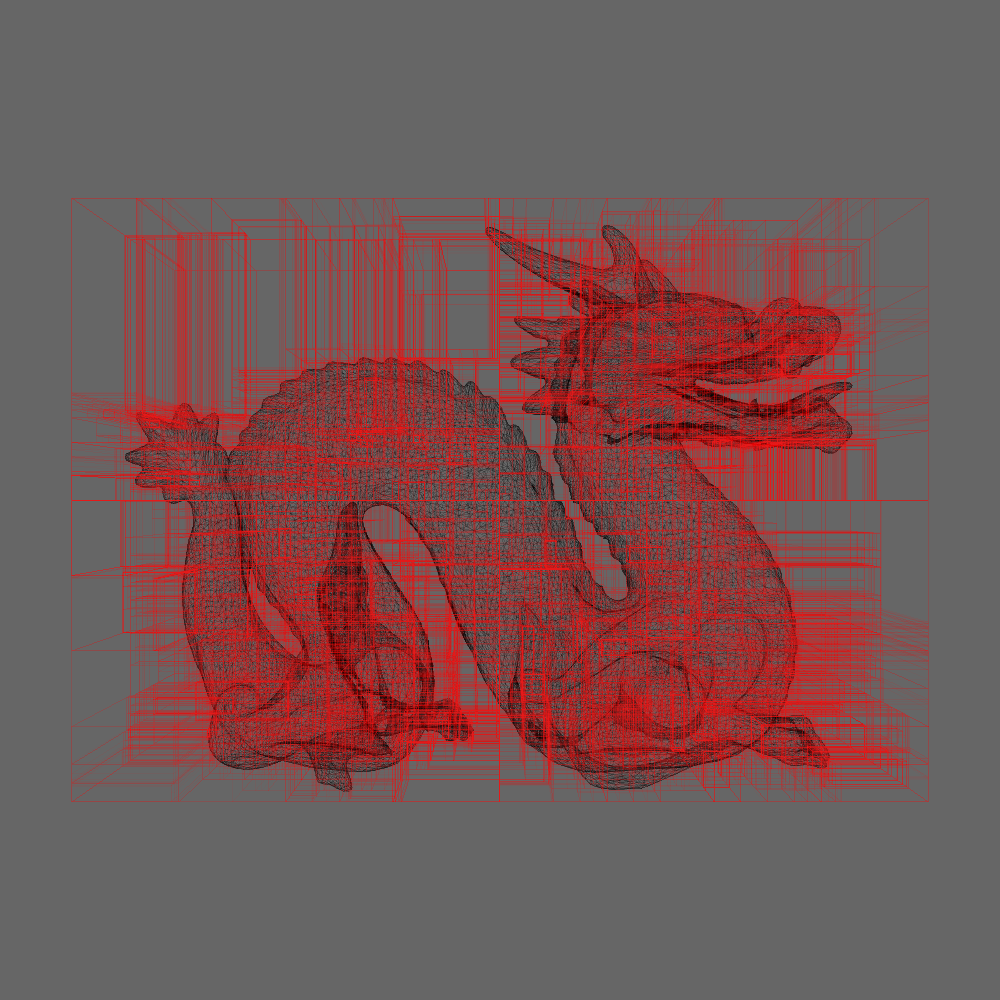 …and with a bit more of tuning and playing with maximum recursion depths: 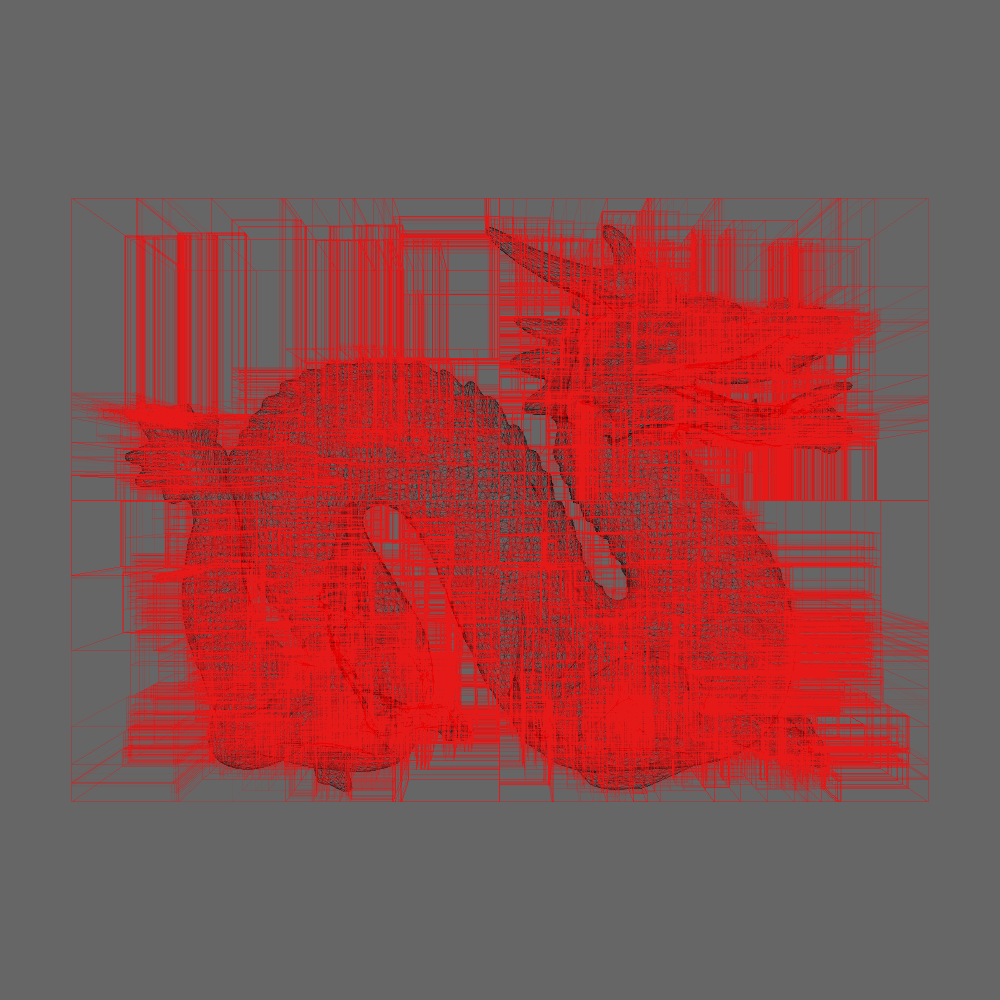 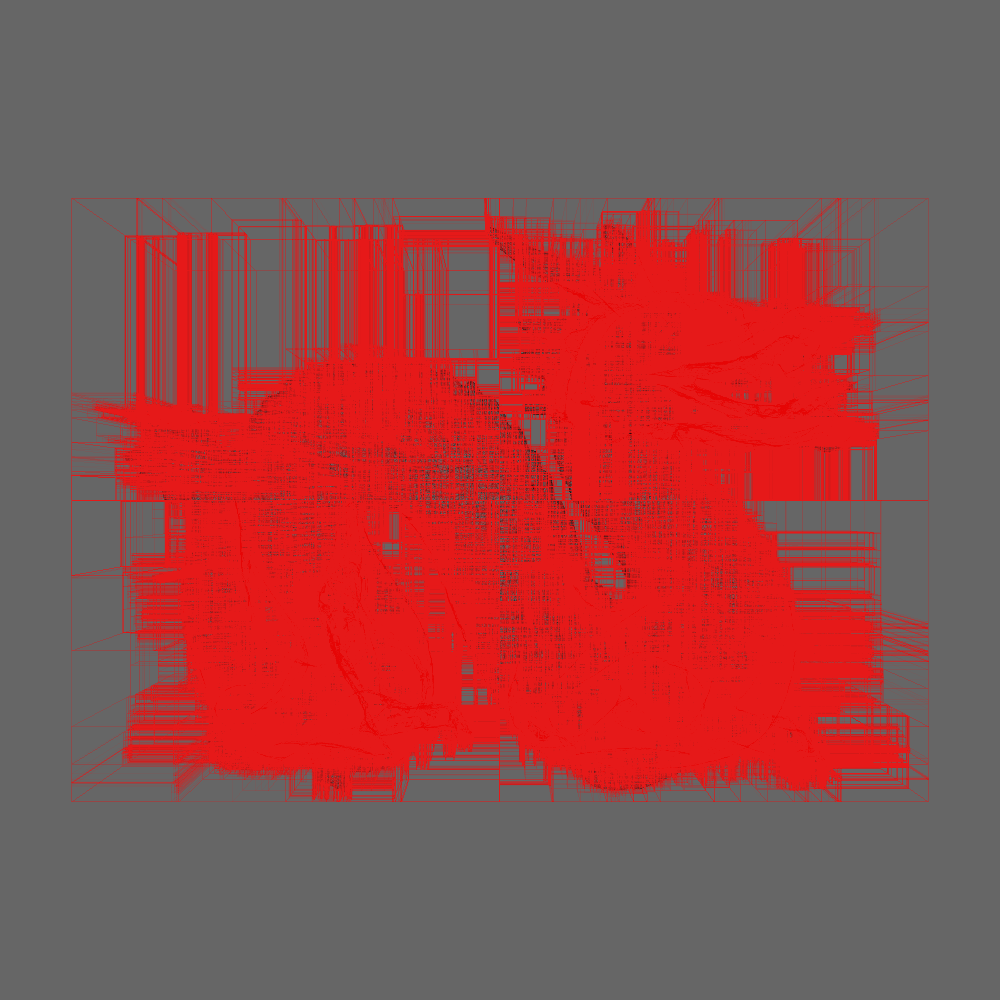 In theory, this improvement should allow for a fairly significant speedup, since the number of intersections per mesh should now be dramatically lower, leading to much higher ray throughput! I’m currently running some benchmarks to determine just how much of a performance boost better KD-trees will give me, and I’ll post about those results soon!