GH House Project, a.k.a. Why Backups are Important

Here is a cautionary tale about why backing up one’s harddrive is EXTREMELY IMPORTANT.

Over the summer, I started making a little scene based off of the GH House Challenge from RonenBekerman.com, partially as a way to learn Vray and partially just for fun. I was working off of my laptop for the entire project, since I was in California at the time and didn’t have access to more powerful machines at home. Being out in California for the summer, I brought as little stuff with me as possible.

One of the things I decided to leave home was my backup Time Machine drive. “Oh, I won’t need this over the summer, what are the odds of file corruption or harddrive issues anyhow? I’ll be fine”, I thought to myself.

Which means, of course, that halfway through the summer a bunch of my files got corrupted and were therefore lost forever, and of course that block of lost data included my in-progress GH House project. NEVER ASSUME THAT YOU DO NOT NEED BACKUP.

What follows are some random in-progress renders that survived through being in posts I made to Facebook and Tumblr.

Here are a series of small in-progress renders showing shading and lighting tests: 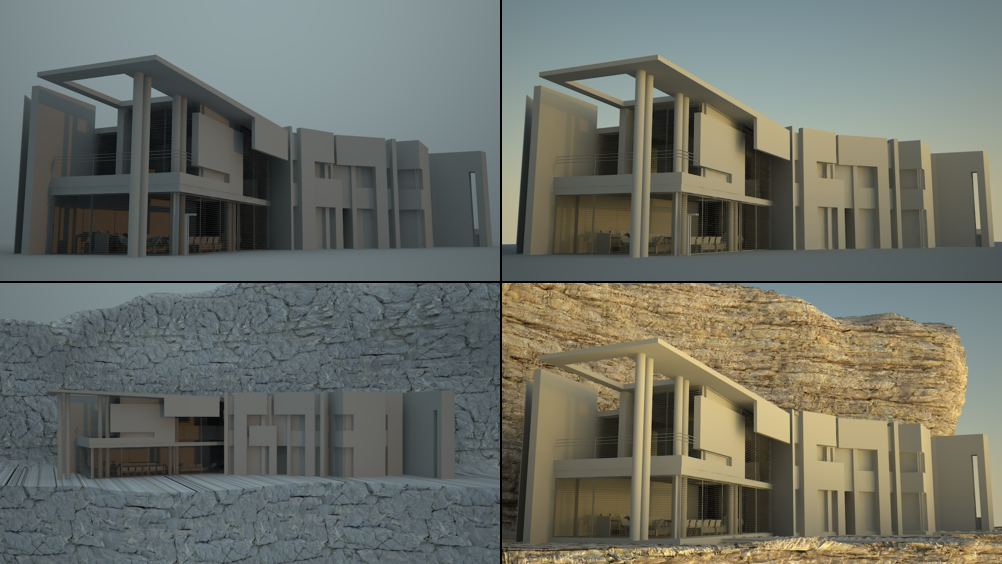 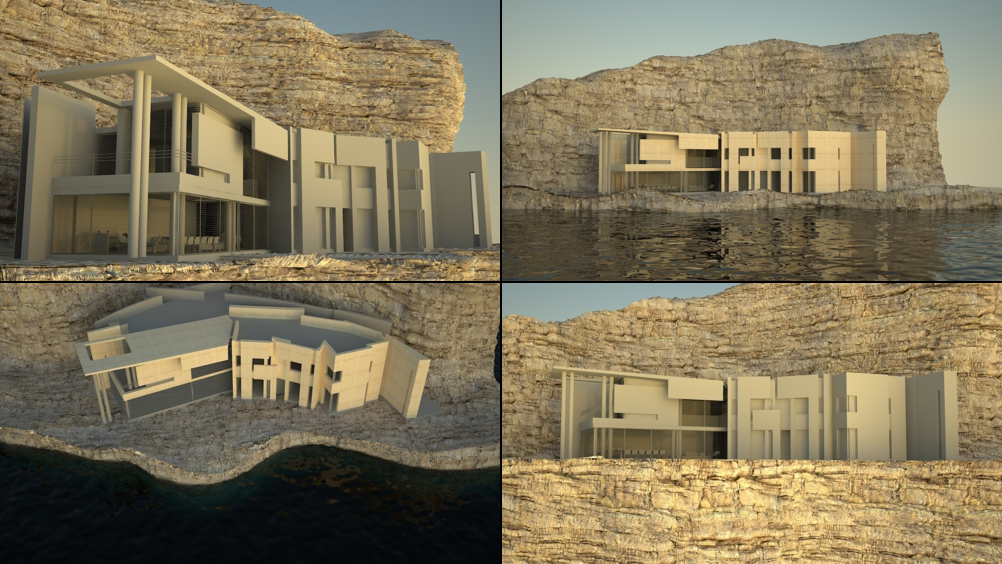 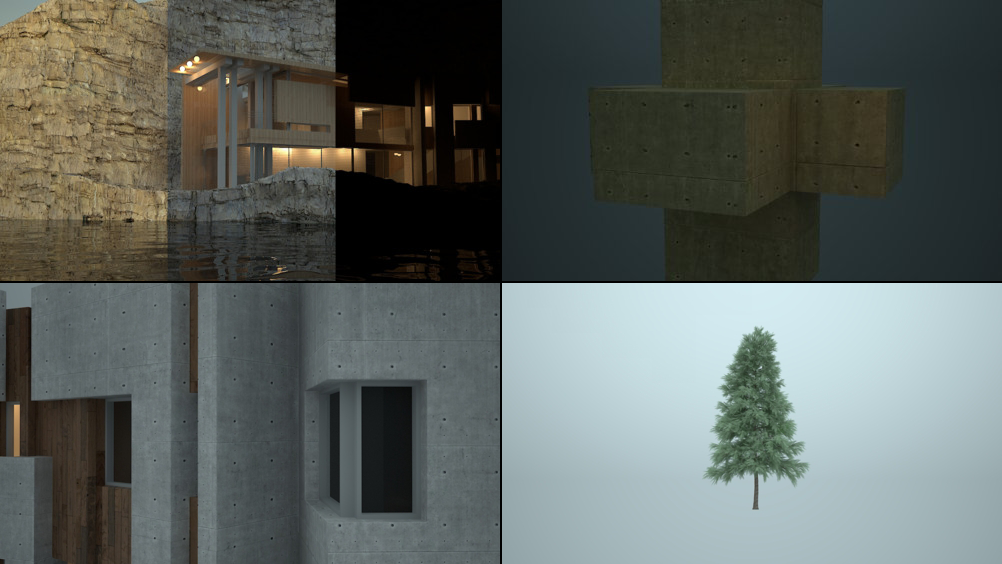 I also started playing with some ideas for the interior: 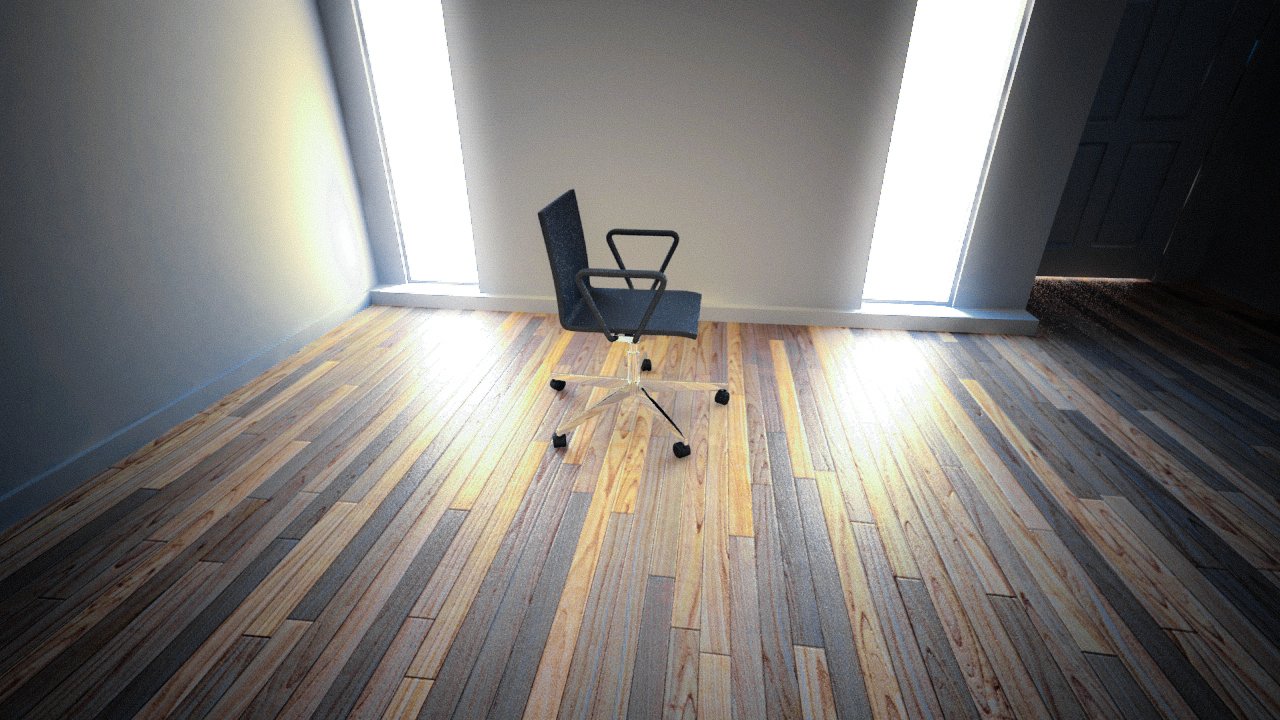 …and finally, some larger in-progress renders. These renders represent where the project was when I lost all of the data: 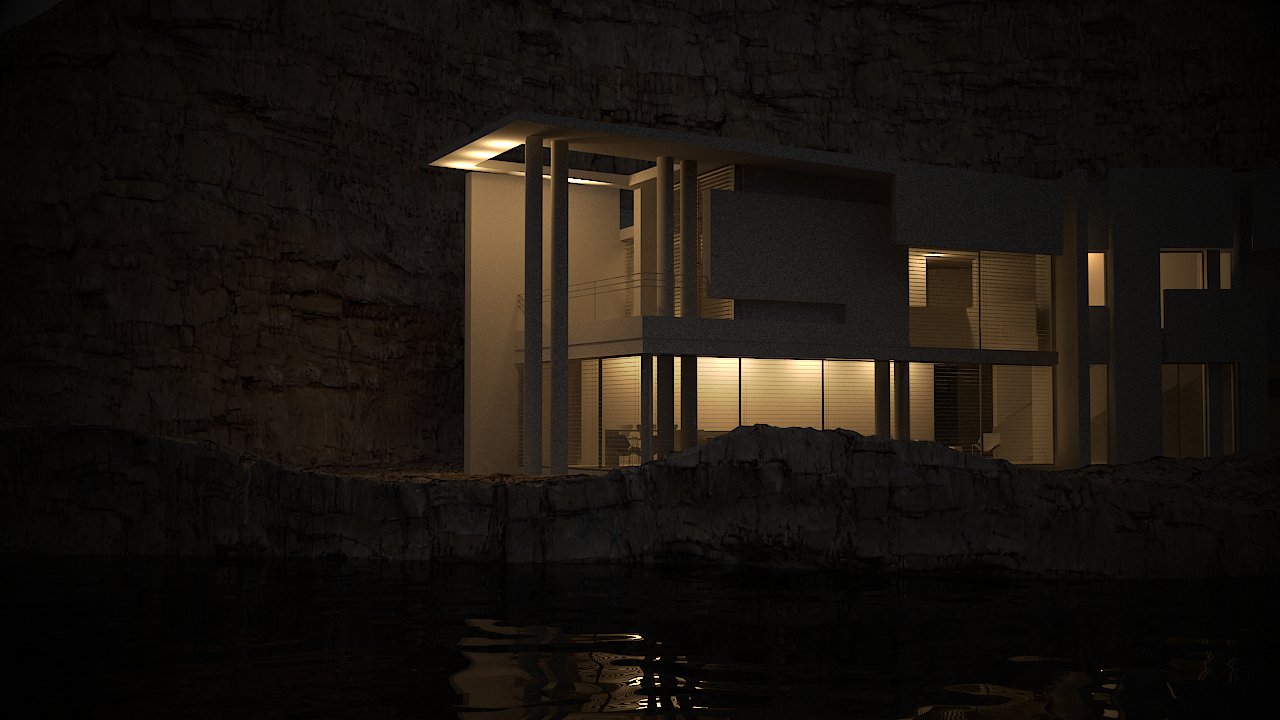 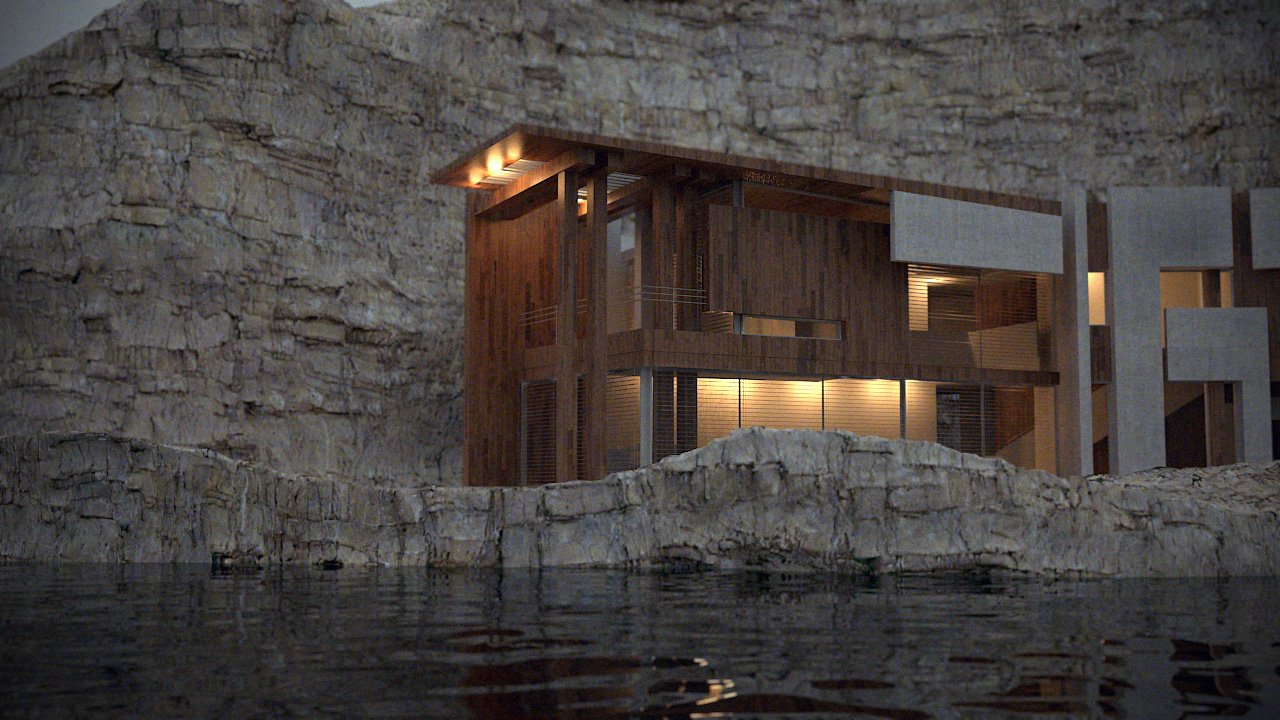 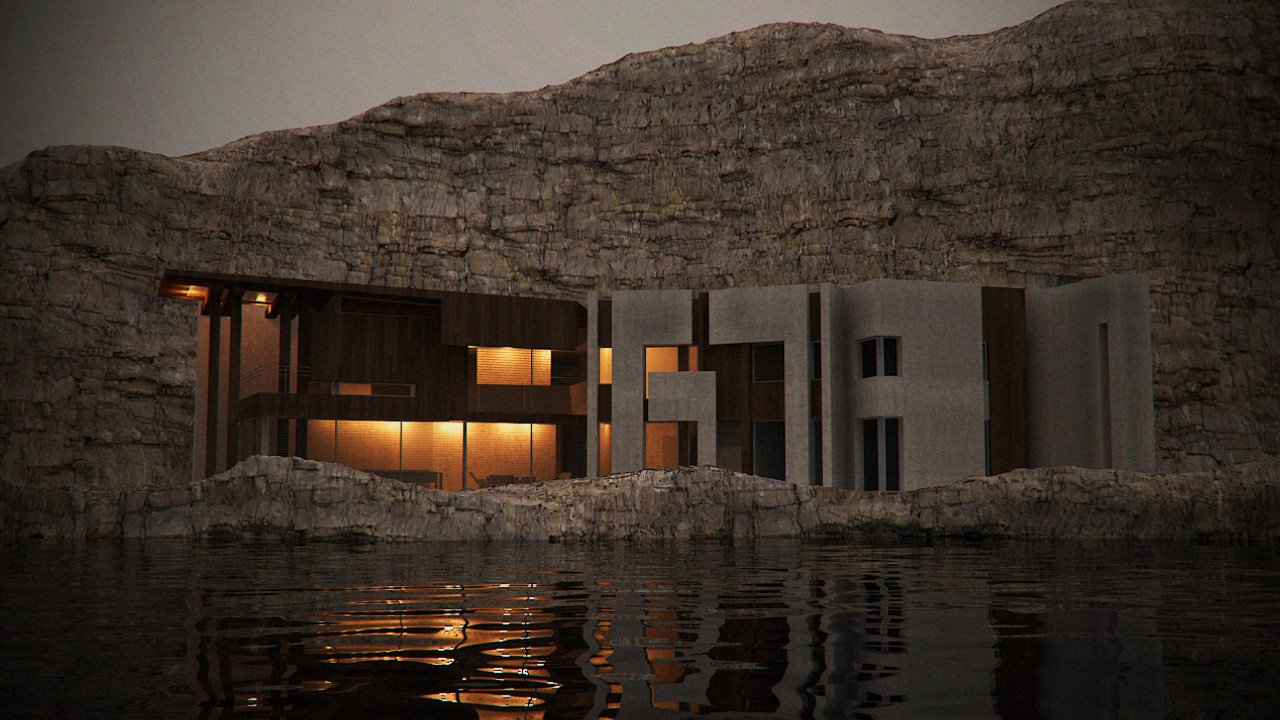 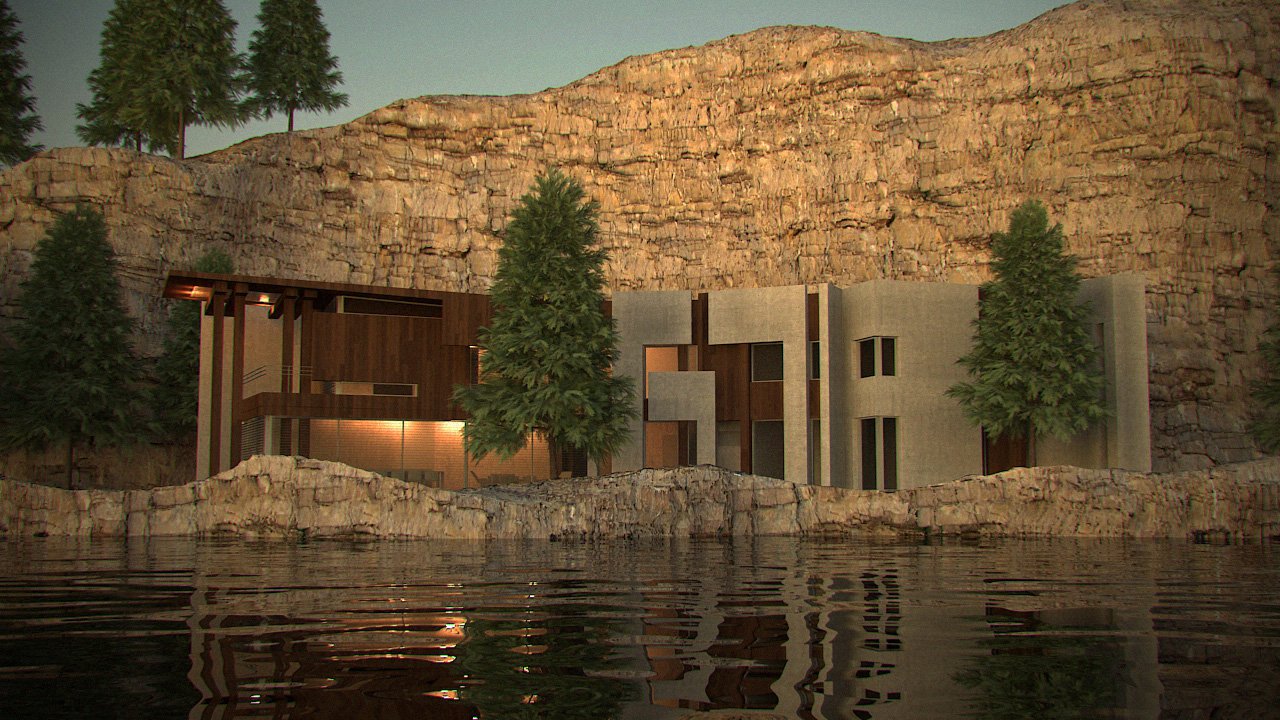