The hermit crab is complete!

Modeled in Maya, textured in Mudbox, rendered with MentalRay.

I’m perfectly aware that no hermit crab would ever actually live in a conch shell that large, but I thought the image of a small crab in a huge shell was amusing.

Some stills from some different angles… 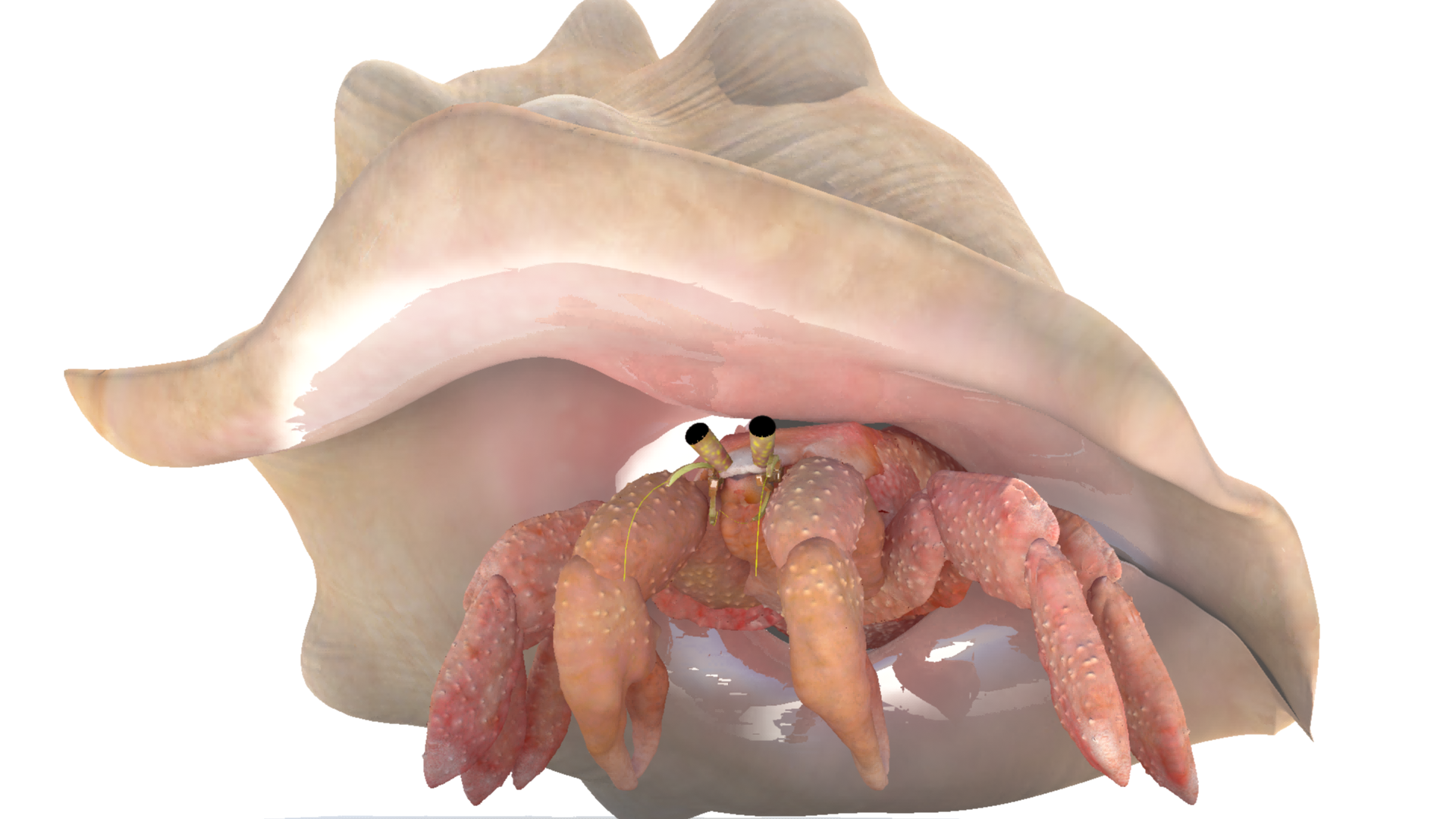 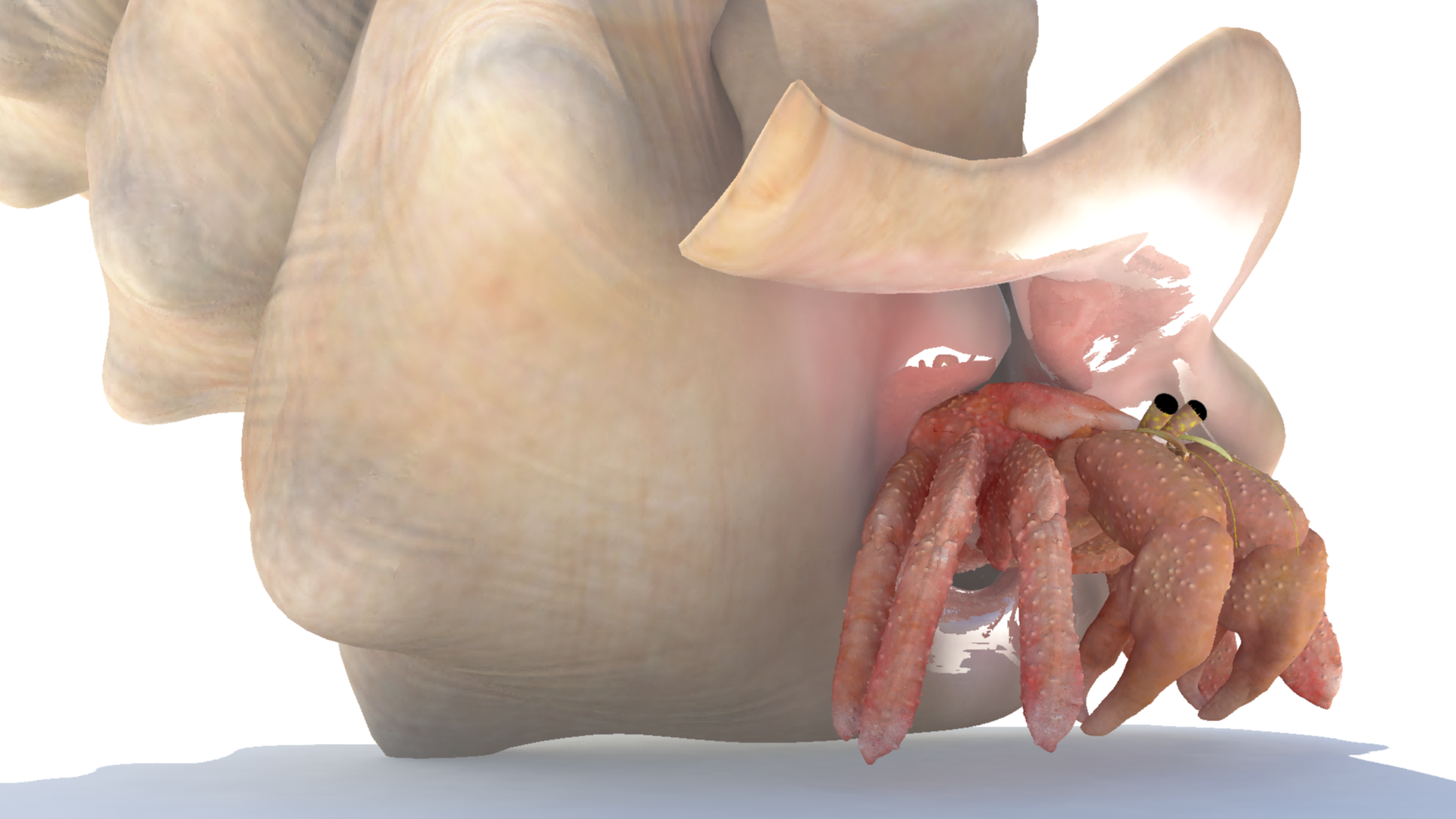 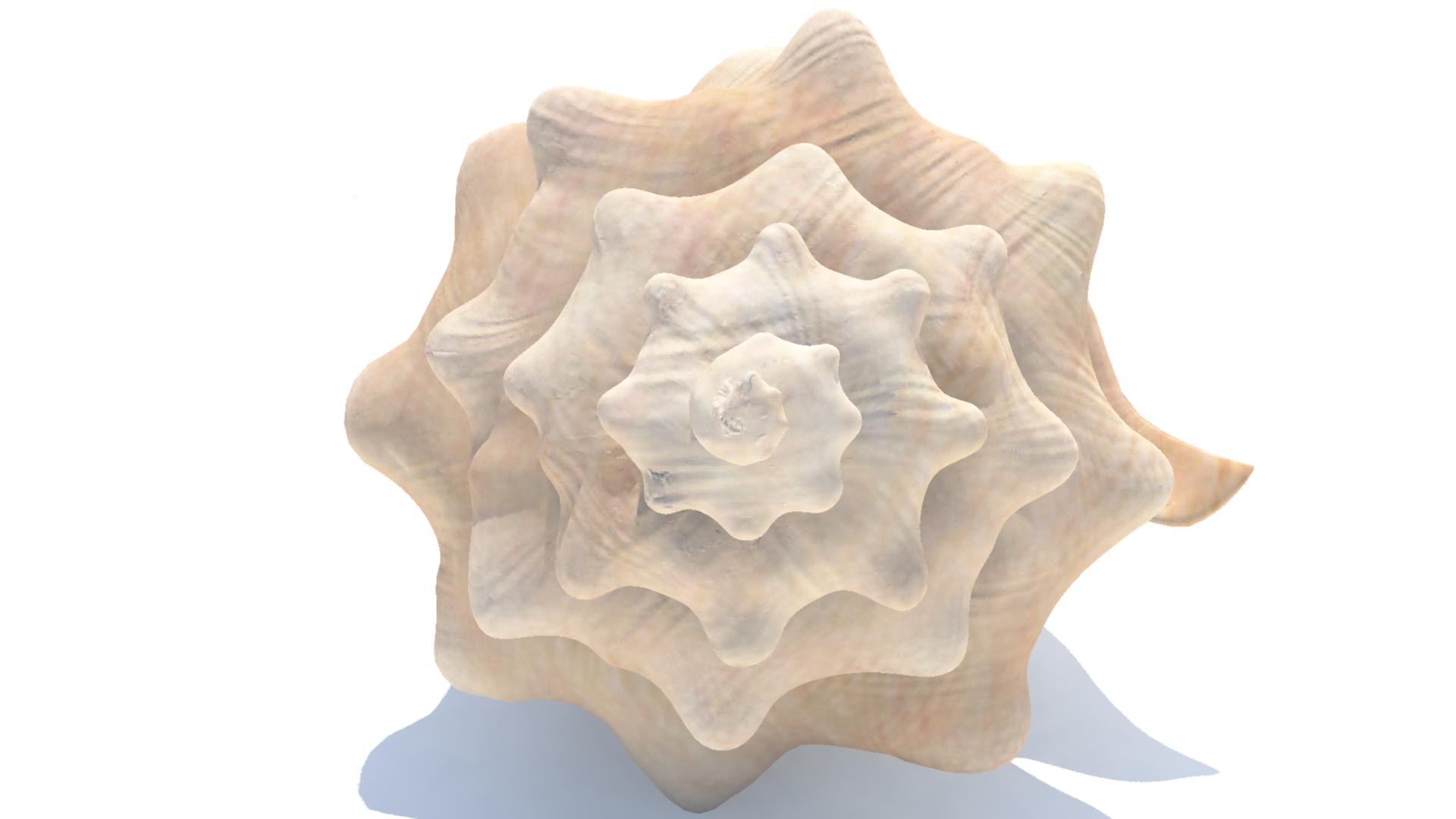 As the title “redux” suggests, the crab above is actually the second version of the hermit crab I’ve made. I originally finished about a week earlier with a different version, but then after getting some suggestions from Professor Scott White, my 3D modeling professor, I decided to redesign the conch shell. Here’s what Hermit Crab Mark I looked like:

I actually still want to change some things. If I have time, I’m going to go back and change the displacement mapping on the conch to get the groves to all go in a more uniform direction. Also 9 seconds into the turntable, you might notice there’s a slight shiny spot on the conch. That’s a mistake I made in the specular map that I definitely want to fix. I also want to try placing some small low intensity lights really close to the crab’s eyes to bring out the gloss that’s visible in the Mark I crab. In the Mark II crab, the shadow from the flaring part of the conch makes the crab’s eyes look matte. The crab’s claws need some color tweaking as well; the color doesn’t quite perfectly match the rest of the crab.

The DMD director, Amy Calhoun, told me that no modeler is ever satisfied with a model. So true.