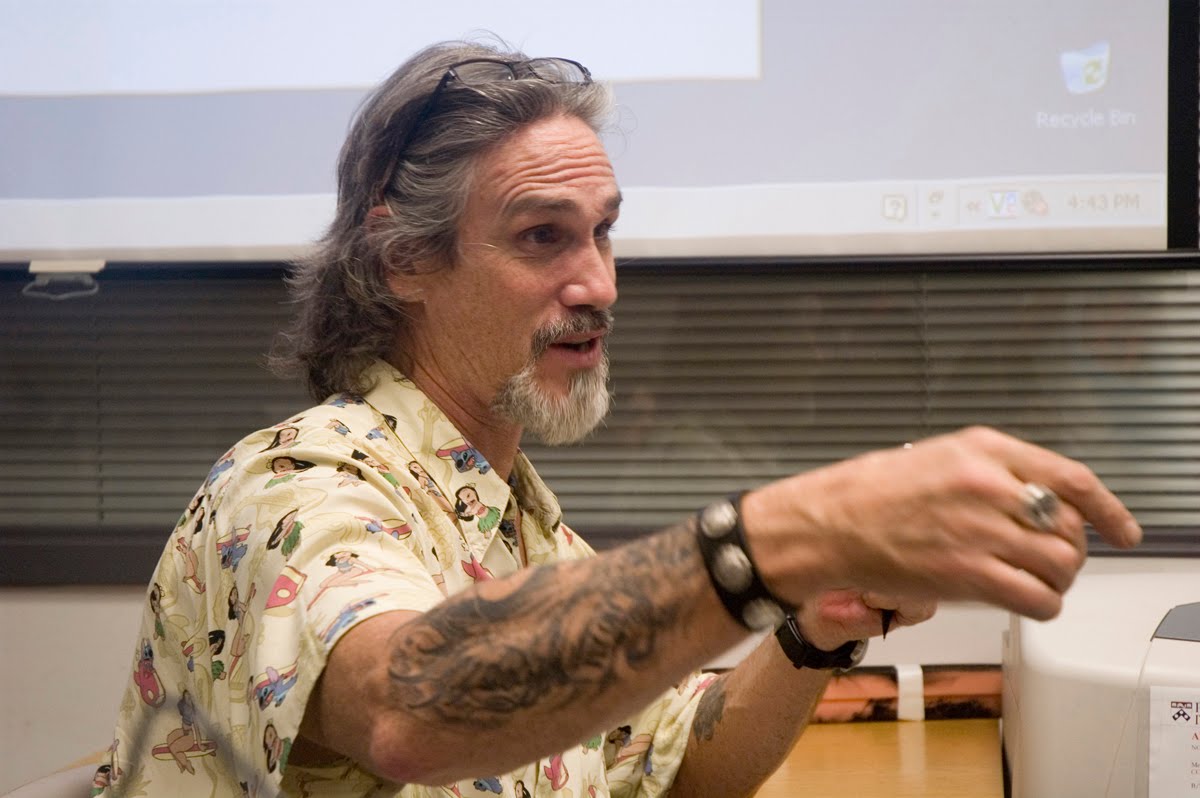 The workshop ran for three days and focused on Mr. Gilland’s “organic approach” to visual effects animation- basically, his idea is that effects animation should focus on more traditional, hand-animated techniques rather than the complex CGI simulation stuff that’s all the rage today. After his workshop, I think I agree with him- the stuff he showed us was simply breathtaking. 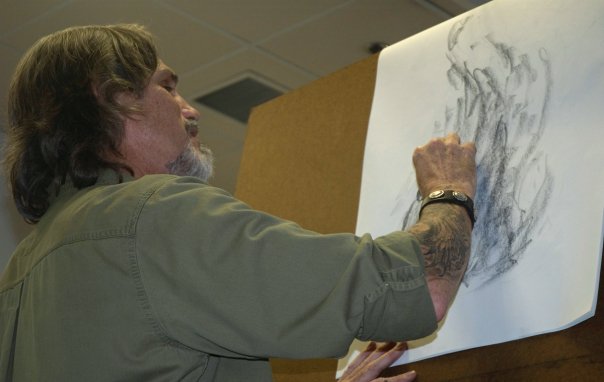 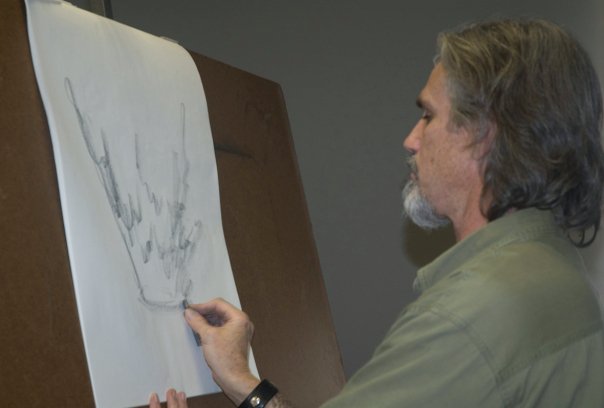 During the workshop, we did some studies and prototyping for various visual effects ideas we had. I chose to do an exploding aquarium (I think Mr. Gilland started referring me as “the crazy guy” after I chose that.). I had another idea: a hand reaching through smoke. I had the idea that the hand would be reaching through smoke into a bank vault or something. Here’s a sketch of the two initial ideas: 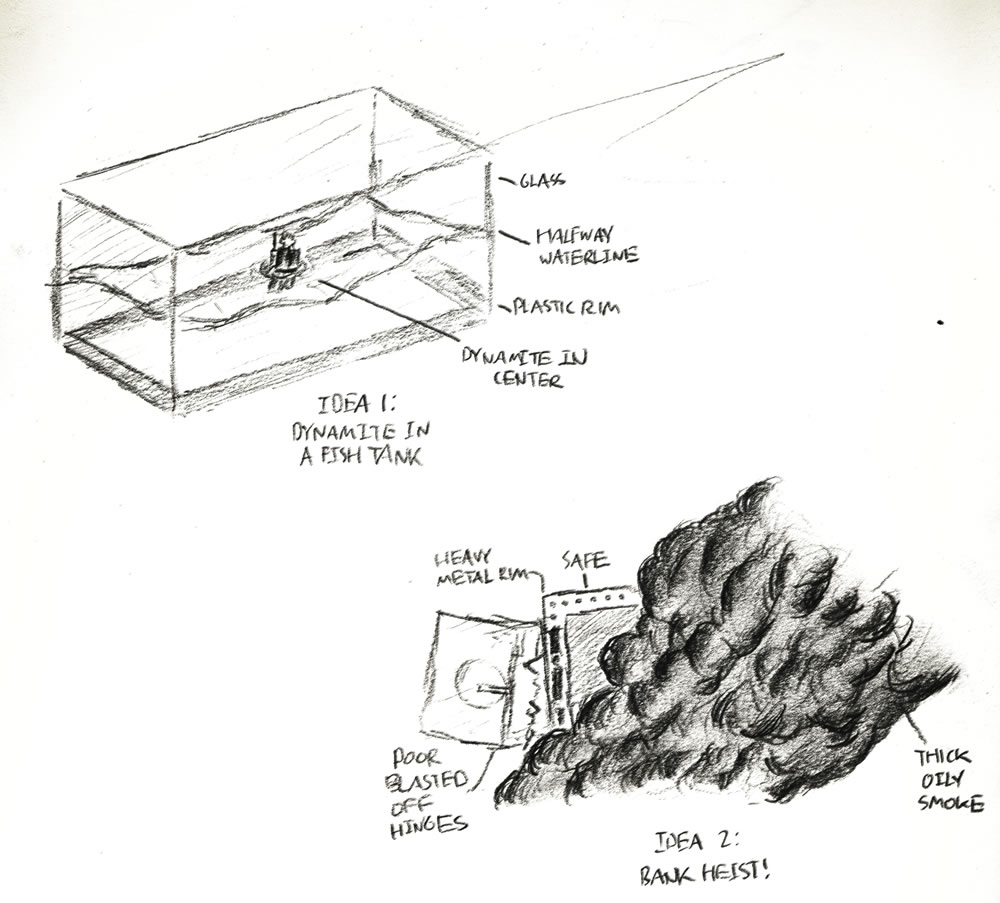 Mr. Gilland was kind enough to talk through the concept with me though. He sketched this initial concept for me (mad cool!): 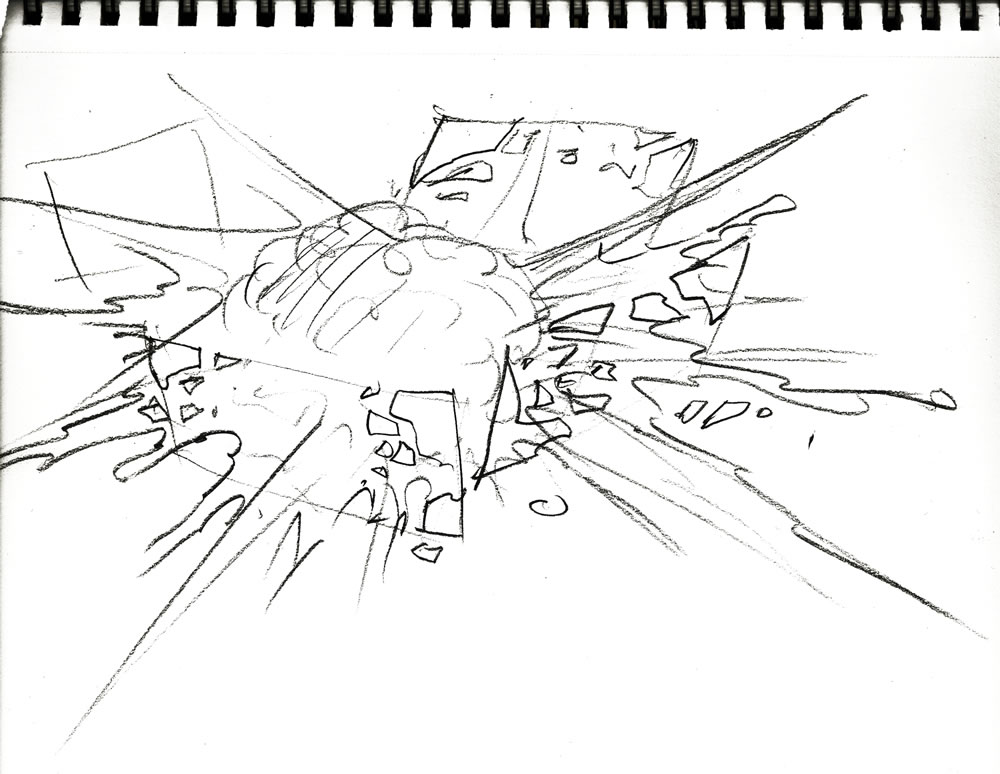 After talking with Mr. Gilland and looking at some of his suggestions, I went about doing three separate studies of what the glass, water, and fireball might look like. Some pencil sketches: 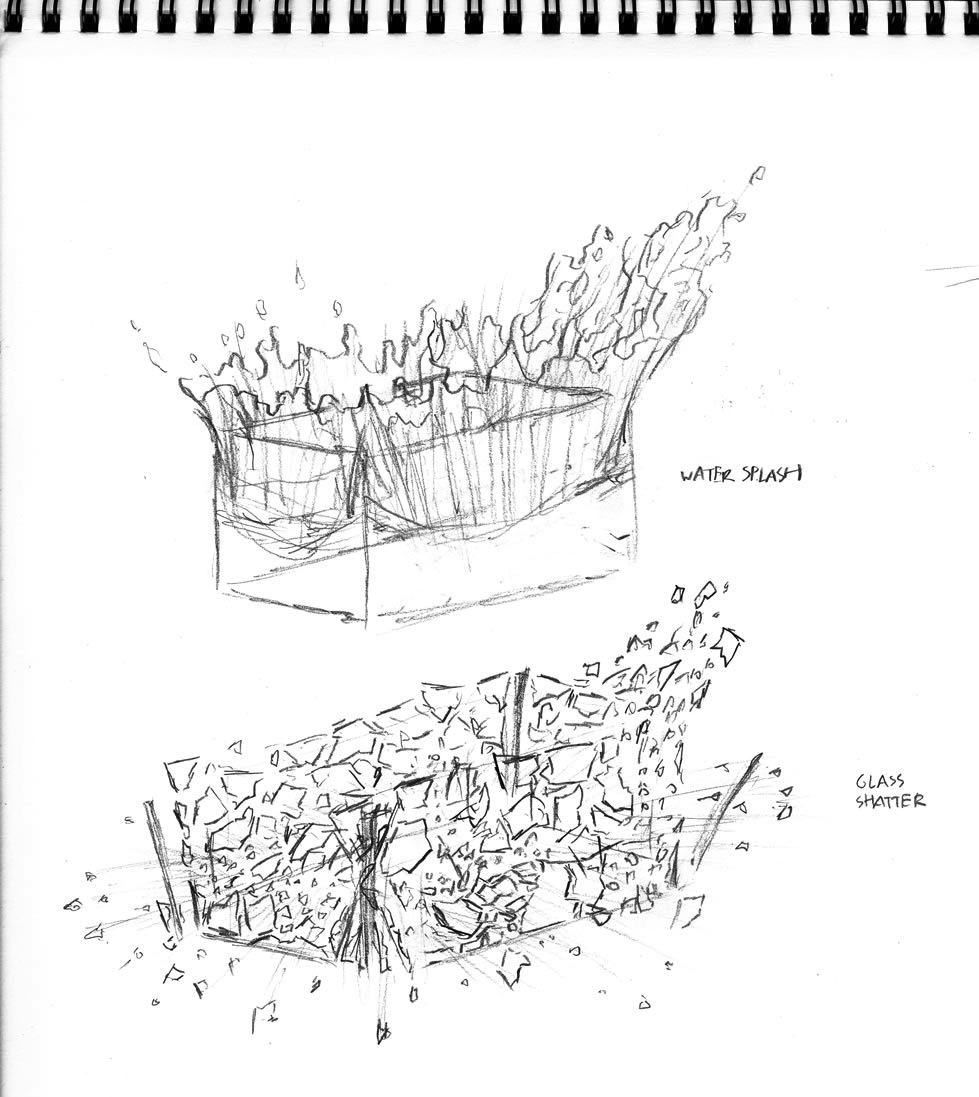 Then I scanned the three studies and composited/colorized them together in Photoshop. The blue is water, the yellow/orange is the fireball, and the red represents the shattering glass: 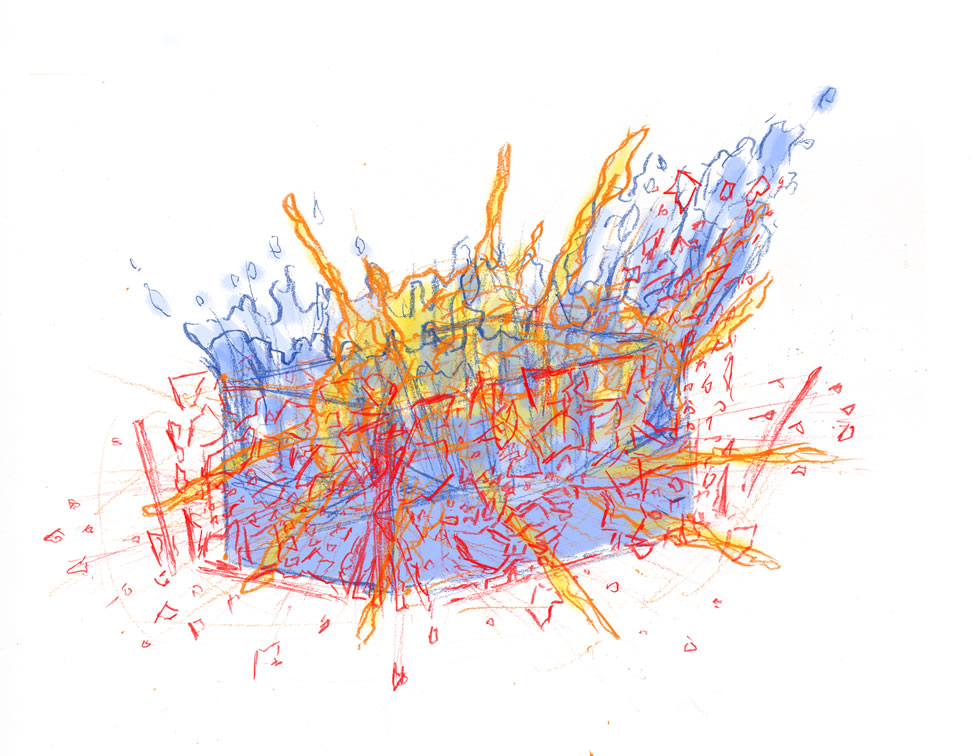 I’m going to try to actually do some animation tests for this- although obviously the end result will have to be much simpler visually than the above sketches. I have a feeling I’m going to be consulting the effects library Mr. Gilland gave us a LOT.

Mr. Gilland has a book on visual effects animation titled Elemental Magic. I really recommend checking it out.